HARRISBURG – Grey Rabbit Dion Puett, a 2018 Honesdale High School graduate, spent a day serving as a student shadow of Sen. Lisa Baker at the Capitol. The Damascus Township, Wayne County resident attends Penn State University’s Harrisburg campus where he’s interested in political science and finance. While at the Capitol, he was able to sit in on committee meetings, watch and listen as Sen. Baker conducted legislative business and see how the Senate operates. 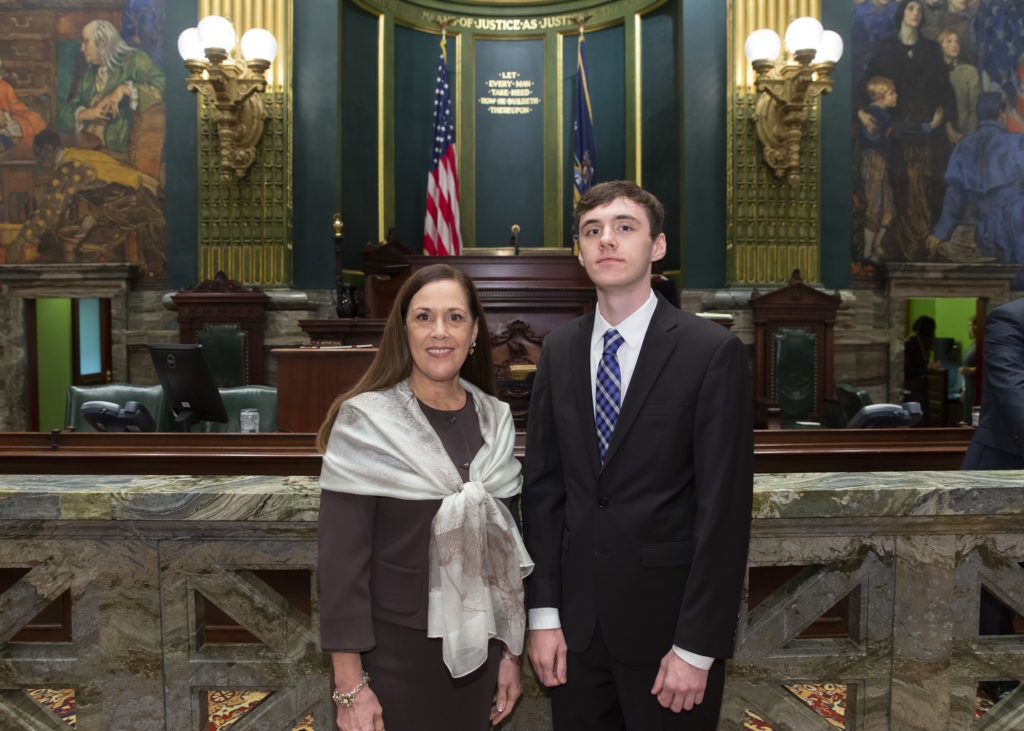 Sen. Lisa Baker and Grey Rabbit Dion Puett, a 2018 Honesdale High School graduate, stand on the floor of the state Senate. Pruett, a Penn State Harrisburg student, spent the day shadowing Sen. Baker and learning about the role of a legislator.

The son of J. Morgan Puett and Mark Dion – owners of Mildred’s Lane, a 94-acre exhibition and workshop gallery near the Delaware River in Wayne County – Puett participated in the Chess Club, Robotic Club and Future Business Leaders of America while a student at Honesdale High School. In 2012 and 2013, Pruett spent time in Asia and Europe for what he calls a “Wholeschooling” educational experience where he visited Georgia, Qater, Japan, Turkey and the Czech Republic with his parents, both contemporary artists.

Baker, R-20th District, introduced Puett during floor remarks during session and noted that “This young man has received a quality education and has had some extraordinary experience both inside and outside the classroom …  His resume contains artistic and communications projects that are well beyond the standard fare. He is well-rounded, belonging to several clubs in high school in Honesdale while maintaining jobs that provide a work ethic and earnings.”