Encompassing 2,581 square miles, the 20th Senatorial District is slightly larger than the State of Delaware and ranks as the fifth largest Senate District in Pennsylvania.  It includes 5 counties, 116 municipalities, and 22 school districts.; 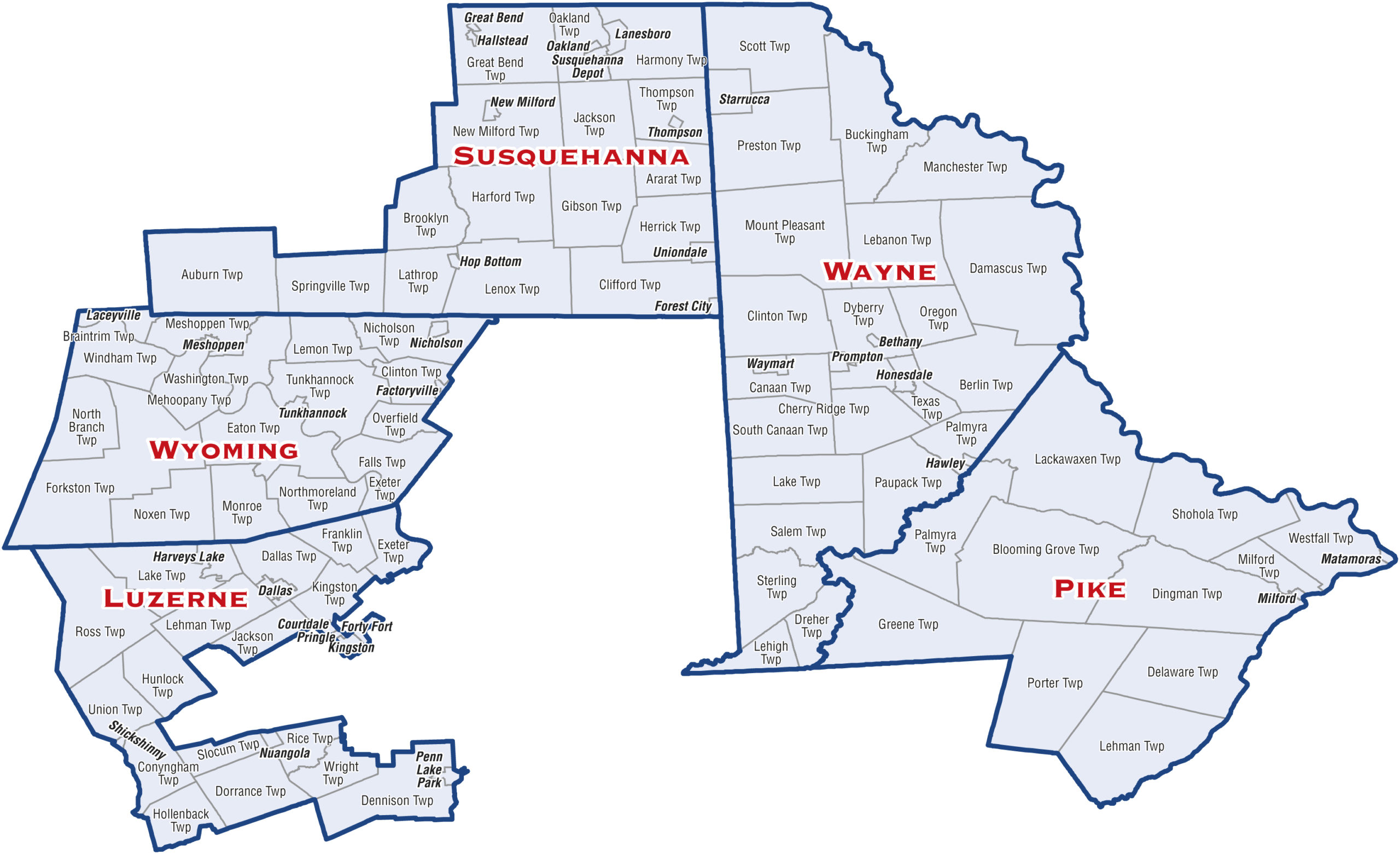 Municipalities in the 20th District 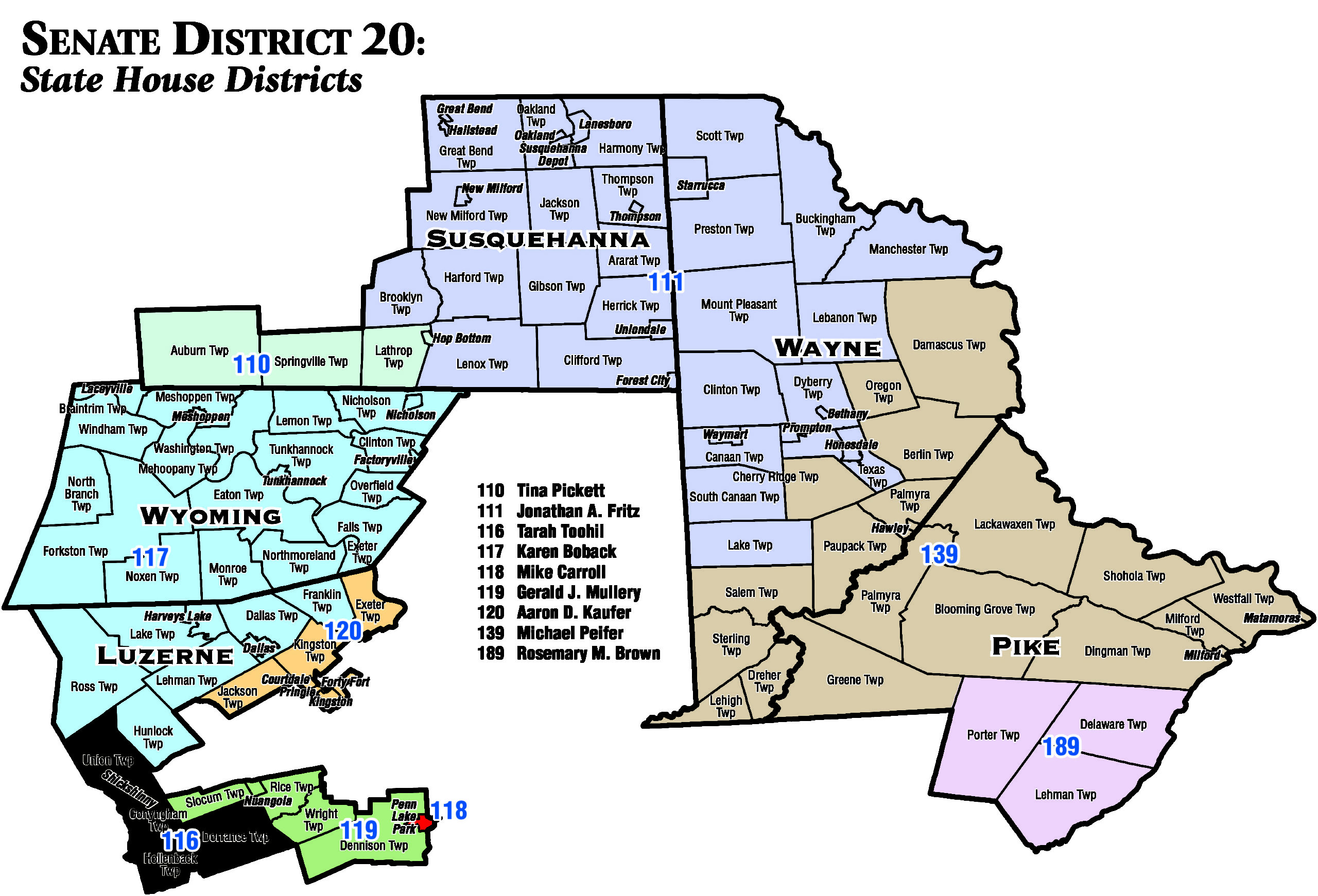 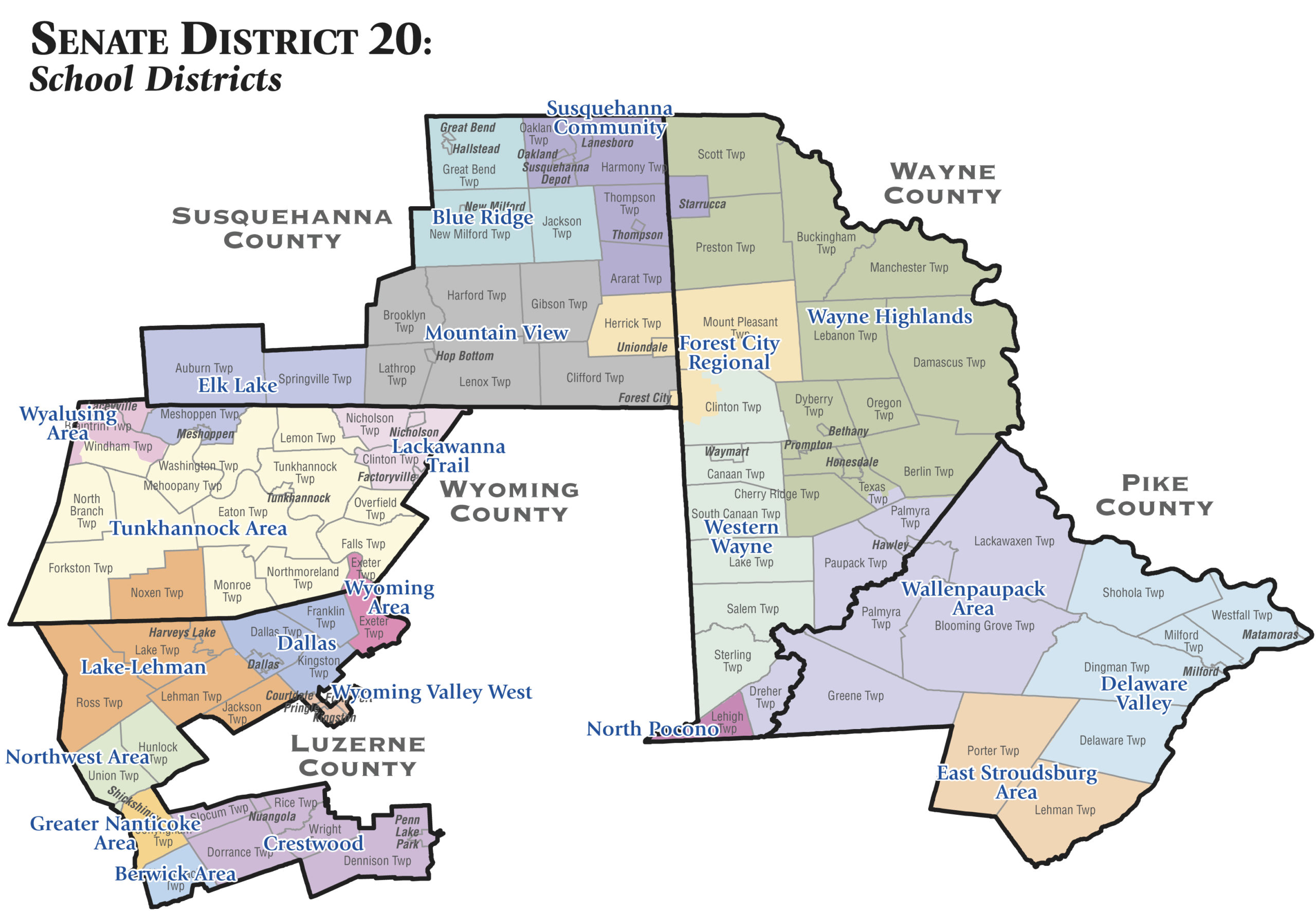 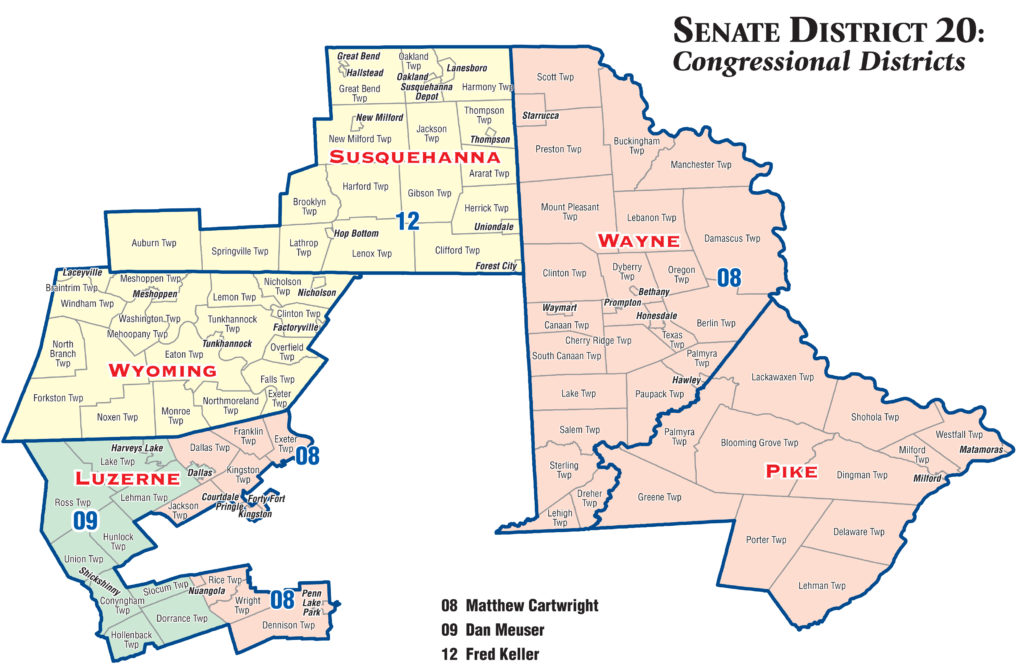