Representing organizations that provide direct health and educational services to thousands of children in northeastern Pennsylvania, the roundtable participants added valuable input on newly proposed legislation by Senator Yudichak and Senator Baker that would require universal lead testing for children and expectant mothers.

“Universal lead testing is an effective and essential tool in preventing lead exposure in Pennsylvania children,” said Senator Yudichak. “With over seventy percent of homes in Luzerne County being built prior to the 1978 federal ban on lead paint, it is imperative that universal lead testing become a primary prevention strategy for lead exposure in Pennsylvania.”

“Head Start screens all children who go through our program for lead exposure. It’s a national regulation that we follow and we know that even very low levels of lead exposure can have lasting negative effects on children,” said Lynn Biga, Executive Director of Luzerne County Head Start.

Lead exposure can cause long-term neurological and physical impairments, and children in at least 20 Pennsylvania cities, including Wilkes-Barre have tested positive for elevated lead levels.

“Although a lot of work has been done to determine and document the serious health effects of lead exposure, it too often remains a hidden threat. The effects are especially devastating in the development of children. There is much to be done in terms of alerting people to the dangers, identifying sources of lead contamination, and paying for removing and eliminating the risks,” said Senator Baker.

The roundtable was also attended by staff of the Joint State Government Commission, who are conducting research for a comprehensive report required from the Senate Lead Task Force and Advisory Committee. 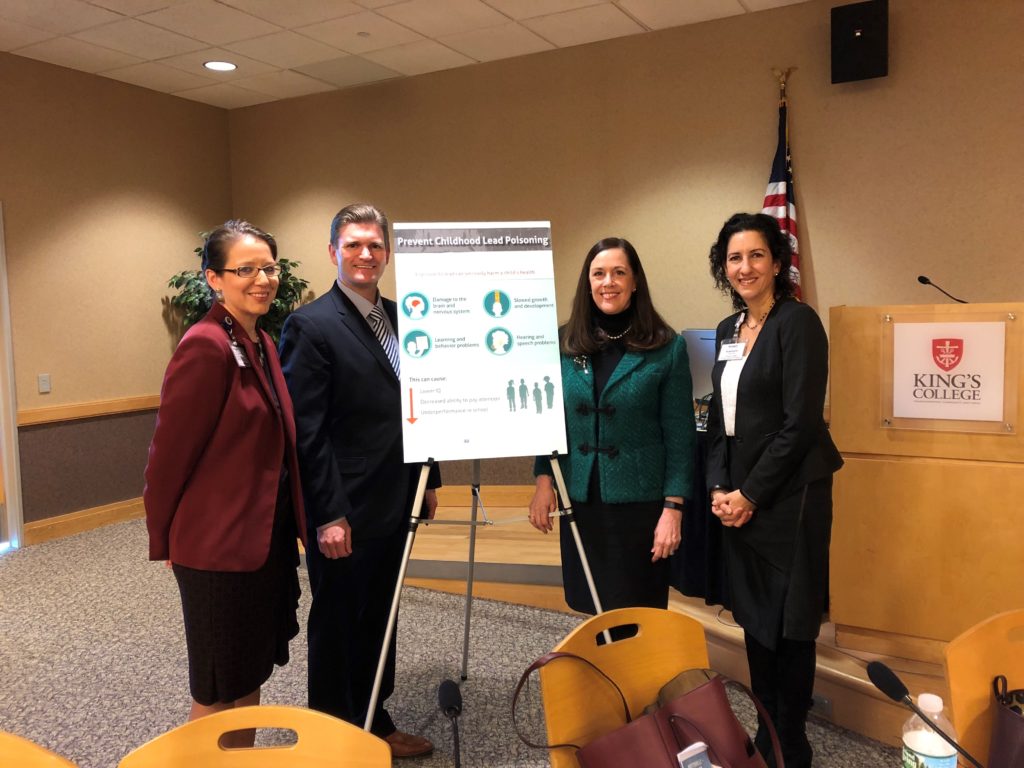