HARRISBURG – Patrick Solano, of Pittston Township, has received many honors and awards over the years. But the WWII veteran says the recognition he recently received by the state Senate is, “the optimum.”

Senate President Pro Tempore Joe Scarnati, R-25th, opened Tuesday’s legislative session with nothing but praise for the 94-year-old, who flew 25 combat missions over Germany with a B-17 bomber crew. He earned numerous medals for his military bravery and came home to enter the next chapter of his life, one dedicated to public service. For more than 40 years he lent advice and offered an ear to 10 governors, countless legislators and numerous government officials.

When the Ridge administration decided to divide the Department of Environmental Resources, Solano was on hand for the birth of the Department of Conservation and Natural Resources. Serving as its first cabinet secretary, he was indispensable in getting the agency up and running, and fulfilling the mission the administration envisioned. In acknowledgement of his service, the Environmental Learning Center at Frances Slocum State Park bears his name.

“Throughout his career he became a confidante of President Pro Tempores, secretaries and governors on both sides of the aisle,” Sen. Scarnati said. “He is truly a shining example for all of us, with not only his service to our nation but to the Commonwealth. On behalf of the Senate, I congratulate and thank Pat for his service and sacrifice.”

Senators from both sides of the aisle joined in lauding Solano’s service to our state and nation, and the indelible role he’s played for decades in the Pennsylvania Capitol as a trusted advisor and voice of reason.

Sen. Lisa Baker, R-20th, offered heartfelt remarks commending Solano for his ability to build relationships, regardless of political party, for the good of the Commonwealth.

“While his record of military service is incredible, it is merely the opening chapter of a life centered on honor, duty, and patriotism,” Baker commented. “He was of an age when we still realized that smart politics could yield good governance, and that the reverse was true as well.”

“The hallmark of his legacy has been in finding ways to prevent and repair political problems irrespective of the parties involved – having people step back from standoff, and allowing negotiations and accommodations to proceed, turning lose-lose confrontations into win-win outcomes,” she added. “I have the utmost respect for all he has done and accomplished, for the manner in which he has conducted himself, and for his incredible devotion to serving others.  I will forever cherish his friendship and remember his contributions.”

Yudichak noted that Solano “has left an indelible mark in the communities he has served, the Commonwealth, and the people and friends he has made” and added that he has “tried to model and emulate his style and practice of bipartisanship and building relationships and getting things done for Pennsylvanians.”

Given the chance to reflect, Solano shared a bit of wisdom with current Senate members saying, “the Senate is an institution that’s the last boundary of where good minds and common sense takes place … where civility still exists and still does things in a way that you can accomplish everything if you can just maintain that kind of respect for each other and respect for this institution.” 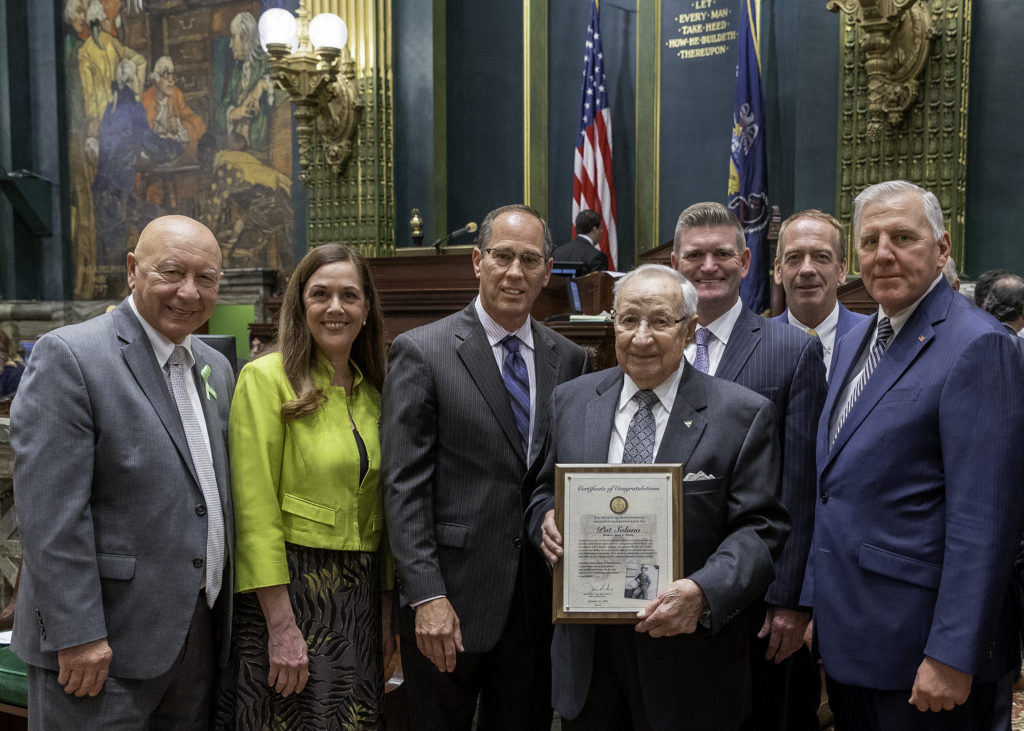 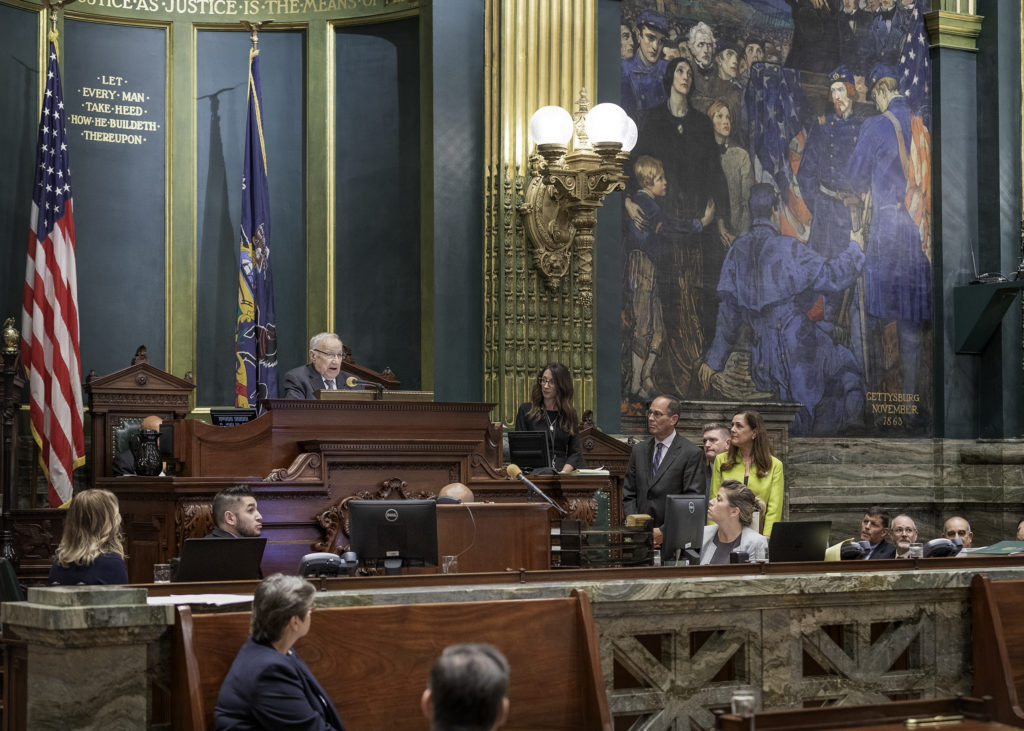 Patrick Solano addresses the Pennsylvania Senate after being honored by the Senate as Sens. Lisa Baker, Joe Scarnati and John Yudichak look on.