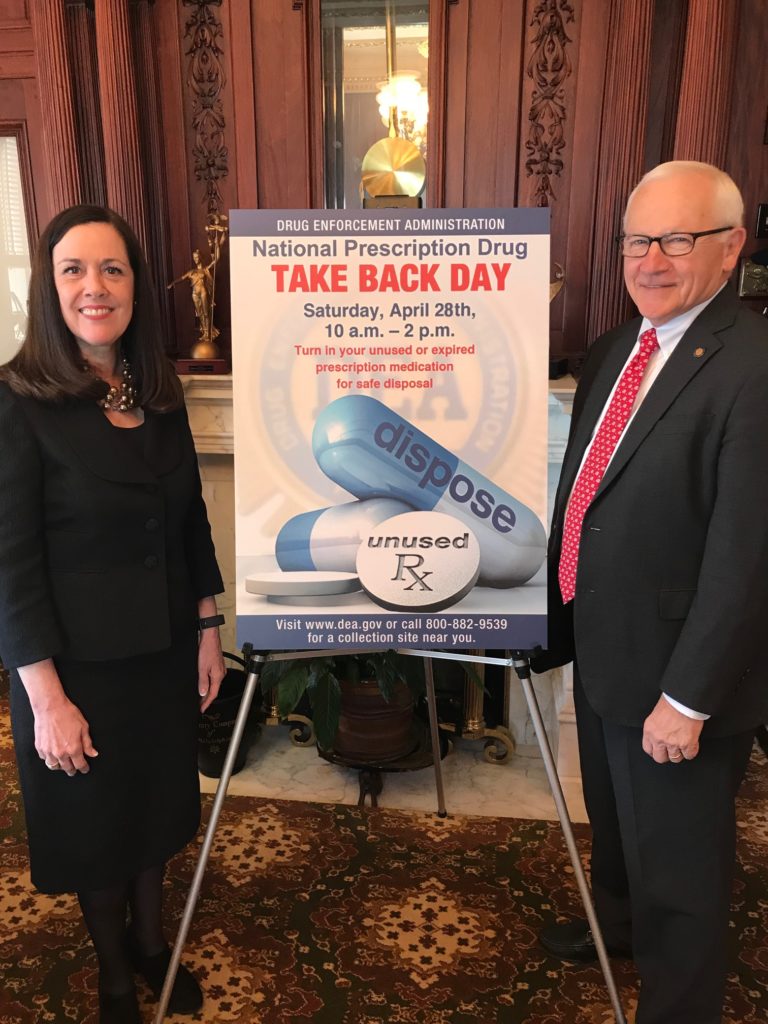 The National Prescription Drug Take Back Day will be held April 28 from 10 a.m.-2 p.m. It aims to provide a safe, convenient, and responsible means of disposing of prescription drugs, while also educating the general public about the potential for abuse of medications. For more information, click here.

Among the local locations offering this convenience on April 28 are:

If you can not make it out to one of these boxes, remember that throughout the 20th District, prescription drug take back boxes are set up year round offering a safe, convenient disposal site for those wishing to discard their unwanted and unused pills.

Among those permanent locations are:

While state police boxes are available 24/7, other locations may vary, so individuals should call to verify public access hours.