In addition to the students, local colleges, businesses and organizations were represented and offered information about career paths in the science, technology, engineering and math fields. Panelists included educators, a veterarian, and those who work for the Northern Tier Hardwood Association and Brookfield Renewable Energy.

As the chair of the Senate Labor and Industry Committee, Baker discussed workforce needs and her personal experiences with being a woman in a field long dominated by men. 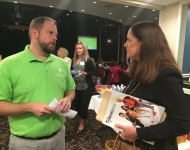 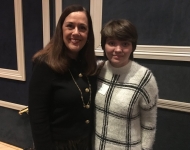 Sen. Baker received heartfelt appreciation and thanks for her remarks from Wallenpaupack Area student Rachel Rice after the event. 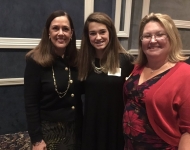 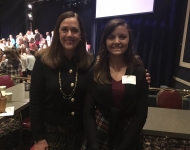 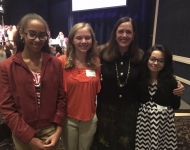 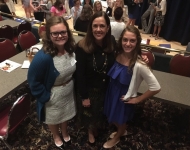 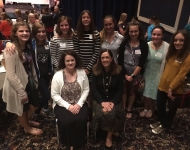 North Pocono science teacher Michelle Swarts and a group of her students attended the symposium and met with Sen. Baker. 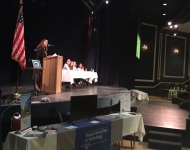 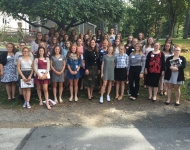 Wayne Highlands students pose for a picture with Sen. Baker following the annual Women in Science Symposium at Woodloch. 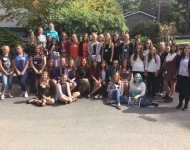 Sen. Baker joins Western Wayne students for a photo after the Women in Science Symposium. 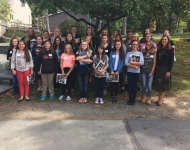 Students from Delaware Valley and Sen. Baker gathered for a photo following a program focused on women in the sciences.